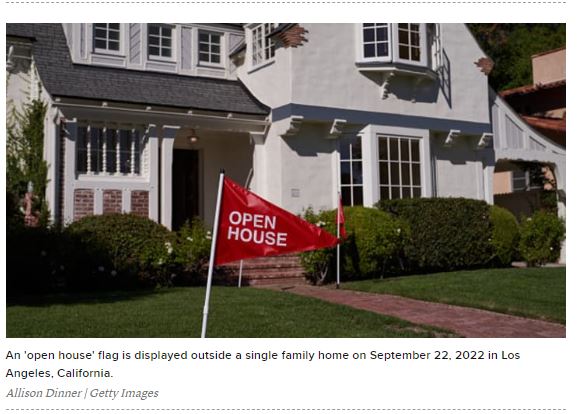 There are signs inflation may fall further in coming months, but housing threatens to mute any improvement.

The consumer price index, a key barometer of inflation, rose 7.7% in October from a year ago. While still quite high by historical standards, that annual reading was the smallest since January.

The monthly increase was also smaller than expected — giving hope that stubbornly high inflation, and the negative impact it’s had on consumers’ wallets, may be easing.

Yet the cost of shelter jumped by 0.8% in October — the largest monthly gain in 32 years. That may seem counterintuitive at a time when many observers have said the U.S. is in a “housing recession.”

But shelter inflation — as reflected in the CPI, at least — is likely to stay elevated for several months to a year given its importance in household budgets and the intrinsic dynamics of rental and housing markets, economists said.

“As the housing market cools, this category will also ease but we may have to wait until next year before it meaningfully dampens headline inflation,” said Jeffrey Roach, chief economist for LPL Financial.

Housing is the biggest piece of household spending

The U.S. Bureau of Labor Statistics, which issues the CPI report, breaks the “shelter” category into four components: rent, lodging away from home (e.g., hotels), tenants’ and household insurance, and owners’ equivalent rent of residences.

Rent and “owners’ equivalent rent” are by far the most significant.

The latter tries to put homeowners on parity with renters. It essentially reflects what homeowners would themselves pay to rent their house, said Cristian deRitis, deputy chief economist at Moody’s Analytics.

Housing is the single biggest chunk of spending for the average consumer. The overall CPI weighting reflects that: Shelter accounts for 33% of it, the most of any category. Shelter therefore has an outsize impact on overall inflation from month to month.

The shelter category is up 6.9% in the last year.

The rental and housing markets are cooling 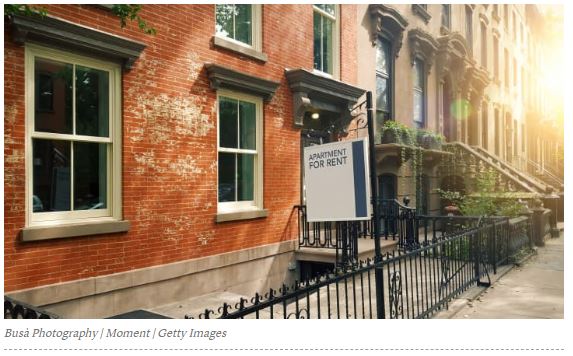 Flagging demand has led home and rental prices to cool or moderate in many areas of the U.S.

Mortgage demand has fallen as rates steadily climbed to a recent peak over 7%, though rates declined sharply last week.

More from Personal Finance:Why egg prices are surging — but chicken prices are falling3 steps to take if you lose your jobThe top 10 most-regretted college majors

Americans paid an average $2,040 market rent as of Oct. 31, according to the Zillow Observed Rent Index, which is seasonally adjusted.

That rent price was up 0.31% from a month earlier, on Sept. 30. But the pace of that growth has slowed for four consecutive months. By comparison, rents had jumped by about 1% in the month from end-May to late June. Rental inflation touched 2% a month in July and August 2021, according to Zillow data.

The CPI for “shelter” has historically lagged home price changes by four quarters, which suggests that shelter “will continue to put upward pressure on overall inflation through the first half of 2023,” according to deRitis.

The lag effect is largely due to how long it takes for leases to roll over into a new contract. Landlords typically renew leases every 12 months, which means current price dynamics won’t be reflected in new contracts for a year.

In this sense, housing is somewhat of an outlier among other CPI categories. Consumers don’t agree to pay the same price for chicken or eggs for a whole year, for example.

“Housing has some unique aspects to it,” deRitis said.

And rent tends to be “sticky,” according to economists — which means the total dollar amount of one’s monthly rent generally doesn’t decline; it tends to stay the same or increase with each new lease.