Home sales rose in October as investors rushed into the market 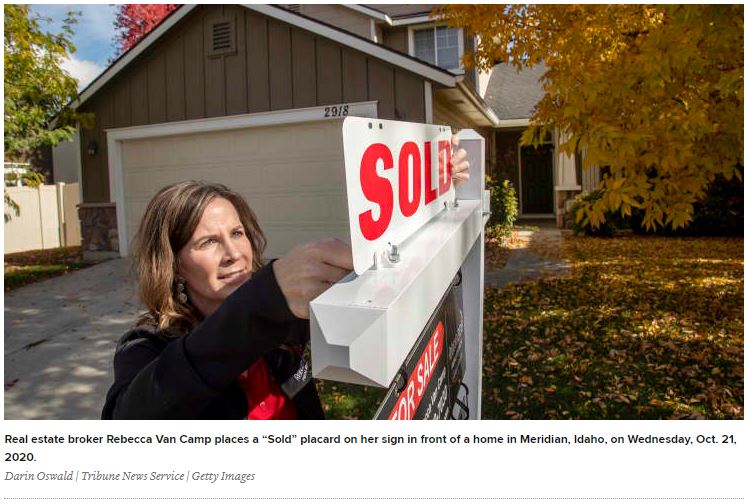 Sales of previously owned homes in October rose 0.8% to a seasonally adjusted annualized rate of 6.34 million units, according to the National Association of Realtors. Sales were 5.8% lower than October 2020. October of last year was the cyclical high in the market.

This measure represents closed sales for existing single-family homes and condominiums in October, so contracts that were likely signed in August and September. The closing process can take one to two months on average.

Realtors are now predicting full-year sales of over 6 million, which would be the highest number of sales since 2006.

“Sales remain very strong and I would attribute that to continuing job additions,” said Lawrence Yun, chief economist for the Realtors.

Yun also pointed to an increase in investors in the market, likely driven by soaring rents for single-family homes. Investors made up 17% of October buyers, up from 13% in September and 14% in October of 2020. All cash buyers represented 24% of buyers. Most investors use all cash.

First-time buyers represented 29% of sales compared with 32% a year ago. Historically that share is around 40%.

The supply of existing homes for sale continued to weaken. There were 1.25 million homes available for sale at the end of October, which is 12% lower compared with a year ago. This represents a 2.4-month supply at the current sales pace. A 5 to 6-month supply is considered a balanced market between buyer and seller.

Buyers in October did not get a break from mortgage rates. They rose steadily from the start of August through September. The average rate on the popular 30-year fixed loan was 2.78% on August 3rd, according to Mortgage News Daily. By October 29th it was 3.22%. The rate as of last Friday was 3.16%.

The latest read on sales of newly built homes from September showed a 14% jump from August. Builders continue to see strong demand, due to the low supply of existing homes for sale. Some of the largest national builders, however, have said they are slowing sales due to supply chain and labor issues. They are concerned they might not be able to deliver the homes on time.