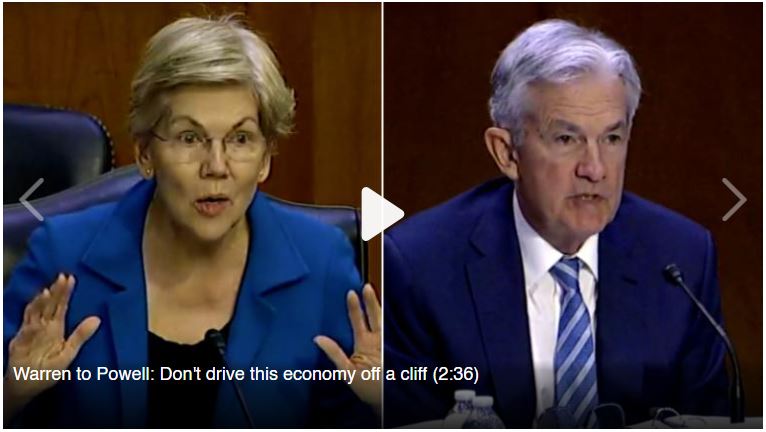 The 30-year fixed-rate mortgage averaged 5.81% in the week ending June 23, edging up from 5.78% the week before, according to Freddie Mac.

This time last year, rates averaged 3.02%, and the last time rates were this high was in the winter of 2008.

“Fixed mortgage rates have increased by more than two full percentage points since the beginning of the year,” said Sam Khater, Freddie Mac’s chief economist, in a statement. “The combination of rising rates and high home prices is the likely driver of recent declines in existing home sales. However, in reality, many potential homebuyers are still interested in purchasing a home, keeping the market competitive but leveling off the last two years of red-hot activity.”

Despite the jumps, mortgage rates remain well below historical highs notched during the past 40 years — notably the record 18.63% average rate in October 1981.

Despite a sharp increase in 2022, the average rate for a 30-year fixed mortgage remains relatively low. 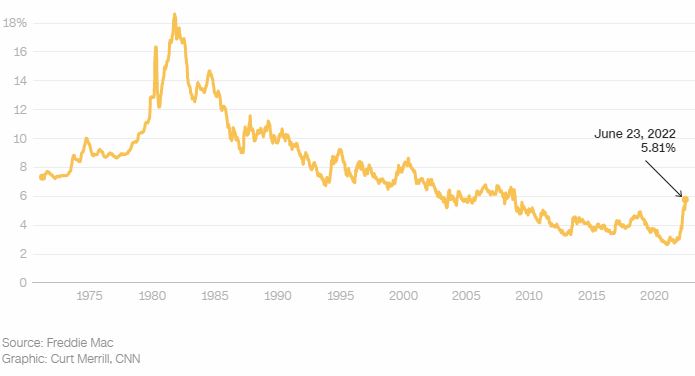 “I think we’re likely to see further increases in mortgage rates through the rest of the year,” Omodunbi said in an interview with CNN Business. “The Fed wants to see softening housing activity.”

The Federal Reserve does not set the interest rates borrowers pay on mortgages directly, but its actions influence them. Mortgage rates tend to track 10-year US Treasury bonds. But rates are indirectly impacted by the Fed’s actions on inflation. As investors see or anticipate rate hikes, they often sell government bonds, which sends yields higher and with it, mortgage rates.

During its policymaking meeting last week, the fed raised its benchmark interest rate by 75 basis points, the largest such increase in three decades. In public comments made since, including in testimony before Congress, Fed Chairman Jerome Powell said the central bank’s actions should help dampen demand in the nation’s housing market, which has been running white-hot.

Home prices surged during the past two years in part due to record-low mortgage rates, pandemic-related migration patterns, the influence of investment firms buying residential properties, and the Fed’s purchase of mortgage bonds.

Rents and home prices continue to rise at double-digit rates in many areas.

“Housing prices should stop going up at such remarkably rapid rates,” Powell said Wednesday in a hearing before the Senate Banking Committee. “Since the beginning of the pandemic, we’ve had a very, very hot … housing market all across the country. As demand for housing moderates…you should see prices stop going up.”

Still, the flip side of higher mortgage rates in a high-inflation environment and record home costs could ultimately price out millions more Americans from owning a home, according to Harvard University’s annual State of the Nation’s Housing Report released Wednesday.

A year ago, a buyer who put 20% down on a median-priced $390,000 home and financed the rest with a 30-year, fixed-rate mortgage at an average interest rate of 3.02% had a monthly mortgage payment of $1,673, according to numbers from Freddie Mac.

Housing already appears to be transitioning to a “post-pandemic new normal,” said George Ratiu, Realtor.com’s manager of economic research. Rents hit a record high for the 15th consecutive month, but the pace of growth is slowing, he said, adding that home price gains are also declining.

“Market prices will continue adjusting to a smaller pool of qualified buyers and higher financing costs,” he said in a statement. “The move from an overheated real estate market toward a more sustainable one will take some time. The upside is that eventually we should see a healthier environment with more options and better value for many buyers.”